Halloween is upon us once again. It is the night that many believe the veil between the living and the dead is drawn back allowing spirits to roam the earth. Bonfires are lit, jack-o-lanterns are set aglow, and children dress up to confuse and drive malevolent spirits away.

I’m a strong believer that knowledge of your enemy is the basis for victory. As many of you get ready to dress up and head out into the darkened streets to battle these spirits, it’s a good idea to know who, or what, you may meet. 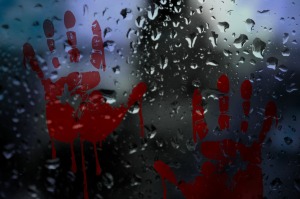 This is a guy who comes and spirits away lazy or disobedient children in the night. In the tales told to me he is never described, and it is never disclosed what he does with the kids he takes. In my imagination (a dark place to be sure), he was humanoid with no skin, exposing his blood vessels and sodden muscles. The children he took? I supposed it had to do with replacing his missing skin.

El Coco or the Coco Man

He concentrates on kids who will not go to sleep at bedtime. If you are not asleep when he happens by he’s going to eat you. He is only described as having a coconut for a head. If that’s not incentive for some shut-eye I don’t know what is.

His appearance is similar to a scarecrow, however, he can cry just like a baby to lure unsuspecting humans to their doom. Unlike the monsters previously mentioned, the Bubak targets everyone, including adults. He gets around in a cart driven by black cats and as you know that is no small feat. He’s crafty too, he weaves cloth from the souls of those he lured to himself.

These are witches that have the ability to change into any animal they please. Not the anglo version of witches with pointy hats, but a shaman who has decided to use his knowledge and powers for evil rather than healing. It is a subject rarely spoken of out in the open. Who knows, the person you are speaking with could be a Skinwalker. It is believed they are usually seen as coyotes, wolves, foxes, owls, or crows. My grandpa told me that the way to tell if an animal is an ordinary animal or a Skinwalker is that if its eyes don’t reflect light, it’s a Skinwalker and you should run for your life. However, by that point it is presumably too late.

Created by Erick Knudsen, Slender Man has a featureless face and a black suit covers his thin, tall body. He stalks, abducts, and generally disturbs people, especially children. Slender Man has become somewhat of a media star and is the subject of many stories, artworks, video productions, and video games. There are many variations on his mythos, but the one that tormented my little guy is that he lives in the storm culverts around our country town (there is one right behind our house). From these culverts, he lies in wait for any child that happens by. Slender Man has caused plenty of sleepless nights and may have been a catalyst for a depraved crime in 2014. Photo credit: By LuxAmber (Own work) [CC BY-SA 4.0 (http://creativecommons.org/licenses/by-sa/4.0)%5D, via Wikimedia Commons

I would say that a professional newspaper reporter can be trusted. In this case, the narrative of just such a person brought this phenomenon into the mainstream. Brian Bethel, a reporter for Abilene Reporter-News, recounted a strange encounter he had with two boys on a summer night. They approached him as he sat in his car and asked for a ride. Brian found himself gripped by an inexplicable fear. He soon realized that the boys had black orbs instead of human eyeballs. Like any sane person, he got the heck out of dodge. As he was pulling his car away, one kid banged on the window and angrily shouted, “We can’t come in unless you tell us it’s OK. Let us in!” Since then numerous others have recounted encounters with these beings. Sometimes they show up at your door insisting on being let in. Vampires? Aliens? No one knows. I found this subject so compelling that my debut novel Dread is based on it.

Keep your eye out for these characters and when trick-or-treat is over, GO TO SLEEP. Take extra precautions and avoid carts pulled by cats. It’s might just be a good idea to avoid animals of any kind. Those kids ringing the doorbell? Don’t worry it’s only neighborhood kids looking for a treat, isn’t it?

Thanks for stopping by, and I wish you a safe and fun Halloween. Until next time, Never Turn Off the Lights!